“My work is an absolute tribute to what is my land, my people and therefore my family” 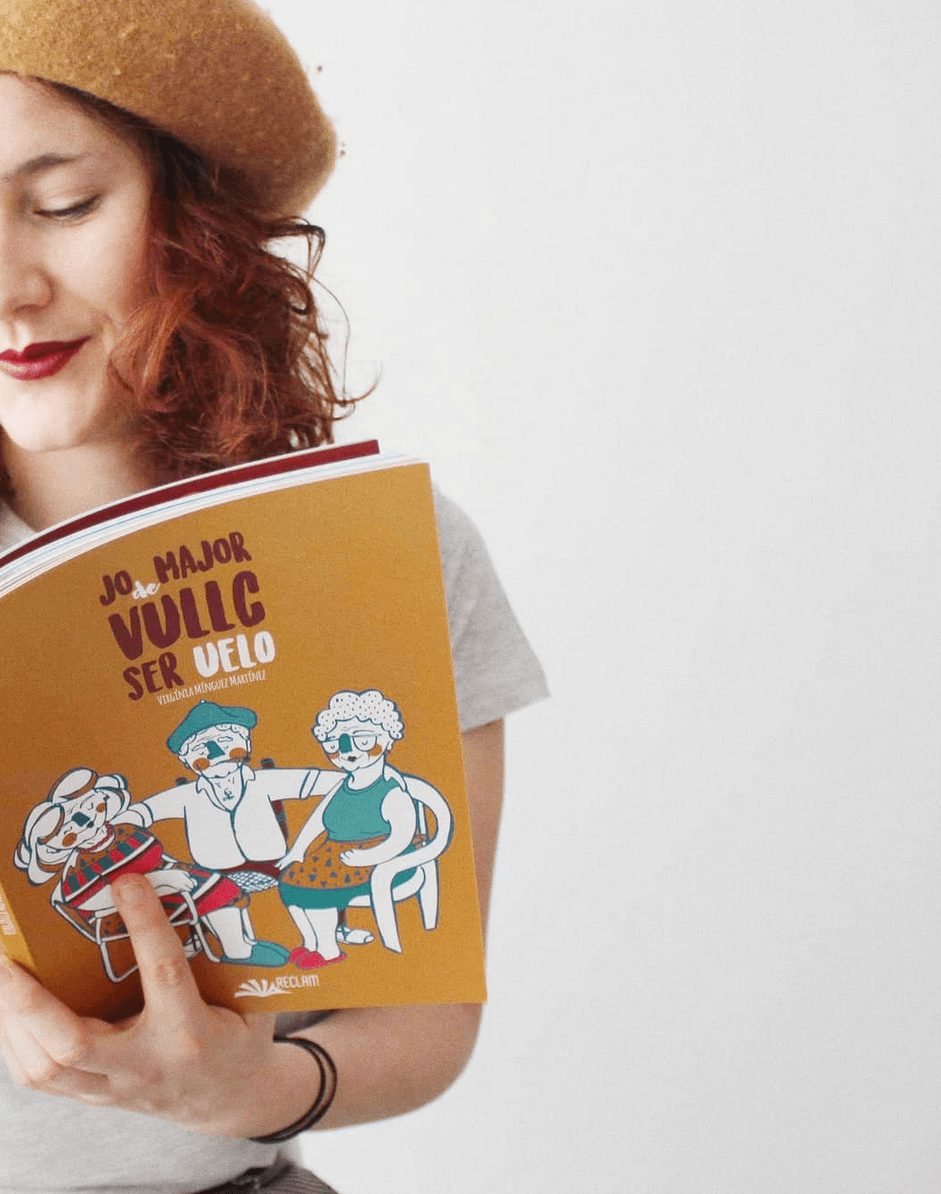 Today we chat with an illustrator whose work is a tribute to the towns of Valencia. To its traditions and its cultural heritage, it is that Vir Palmera elevates the most popular sayings and expressions of the Valencian language to art and represents the color, light and desire to live of our land as nobody.

Vir Parlmera: My name is Virginia and I come from a long generation of Virginias, so if you say that name in my family, maybe my grandmother, my mother and I will answer at the same time. In fine arts I wanted to find an alternative name, so I chose Palmera because of the link I have to the garden of my house, where a palm tree reigned from the highest. In my head I associate Palmera with family, and all this makes my artistic name Palmera. The fact of putting Vir in front, was a matter merely established by Instagram, since this name was already taken. 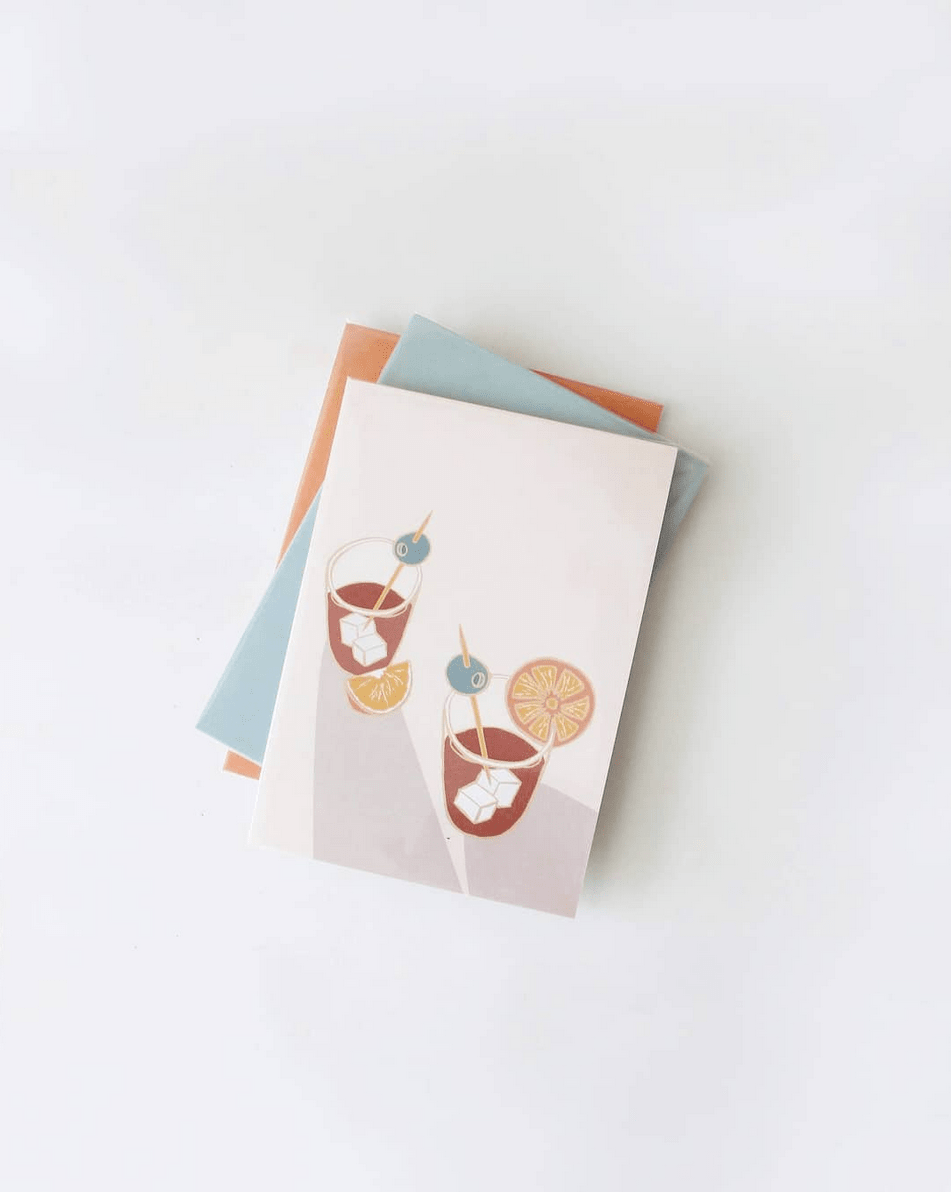 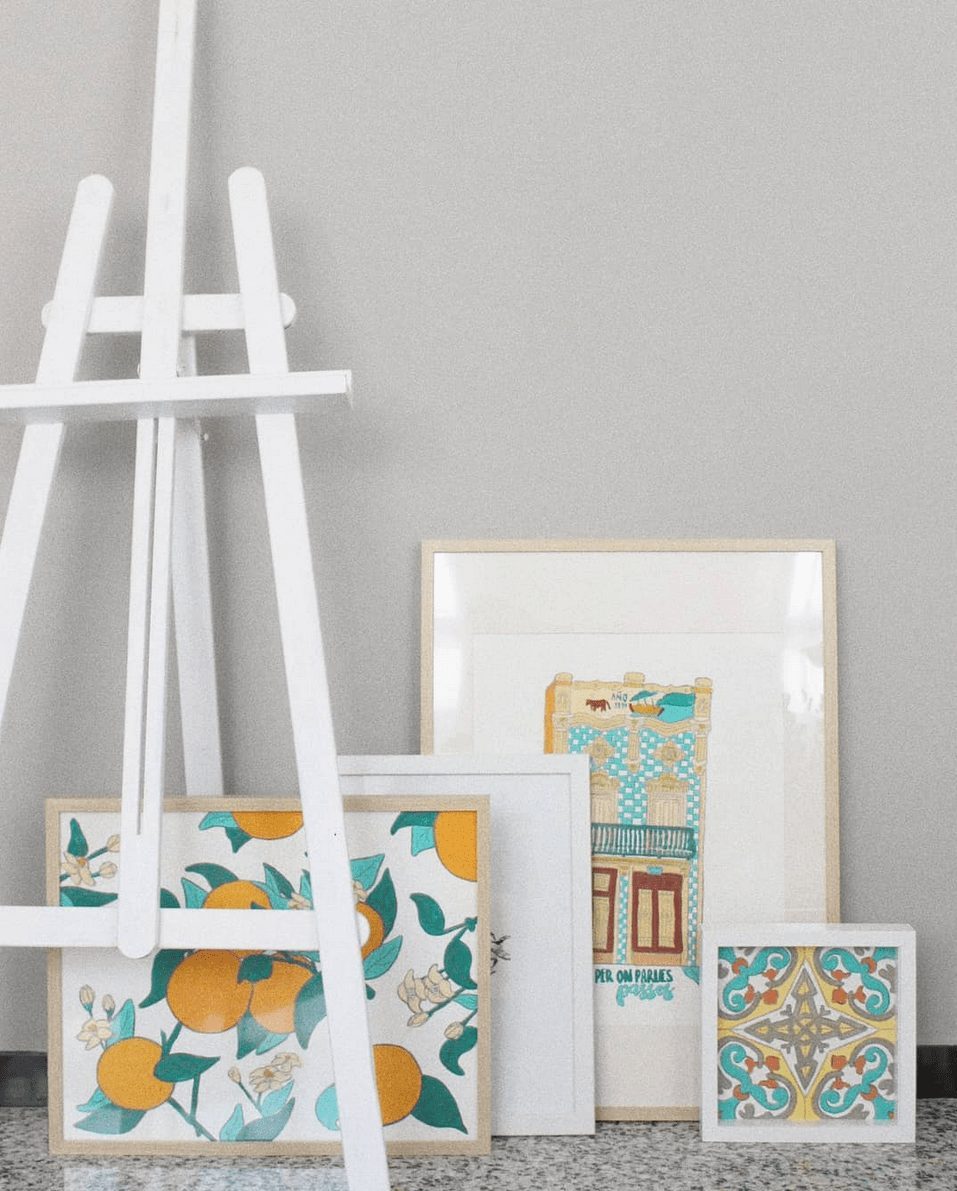 Botó de Cotó: How would you define your work?

Vir Parlmera: My work is undoubtedly the engine of my day to day. I do what I like most, having the opportunity to transmit messages through illustrations. Valencians have been punished in recent years with an image associated with corruption, embezzlement and ostentation. My project began by claiming and valuing those aspects of cultural heritage (such as language, architecture, gastronomy) and the character that defines us both as a people.

The linguistic issue is of great importance to me, I want to put into fashion those sayings and sayings that remind us of the elderly people of the villages. That we now have that linguistic heritage and do not get lost over time. If the Valencian is used, it is still alive. 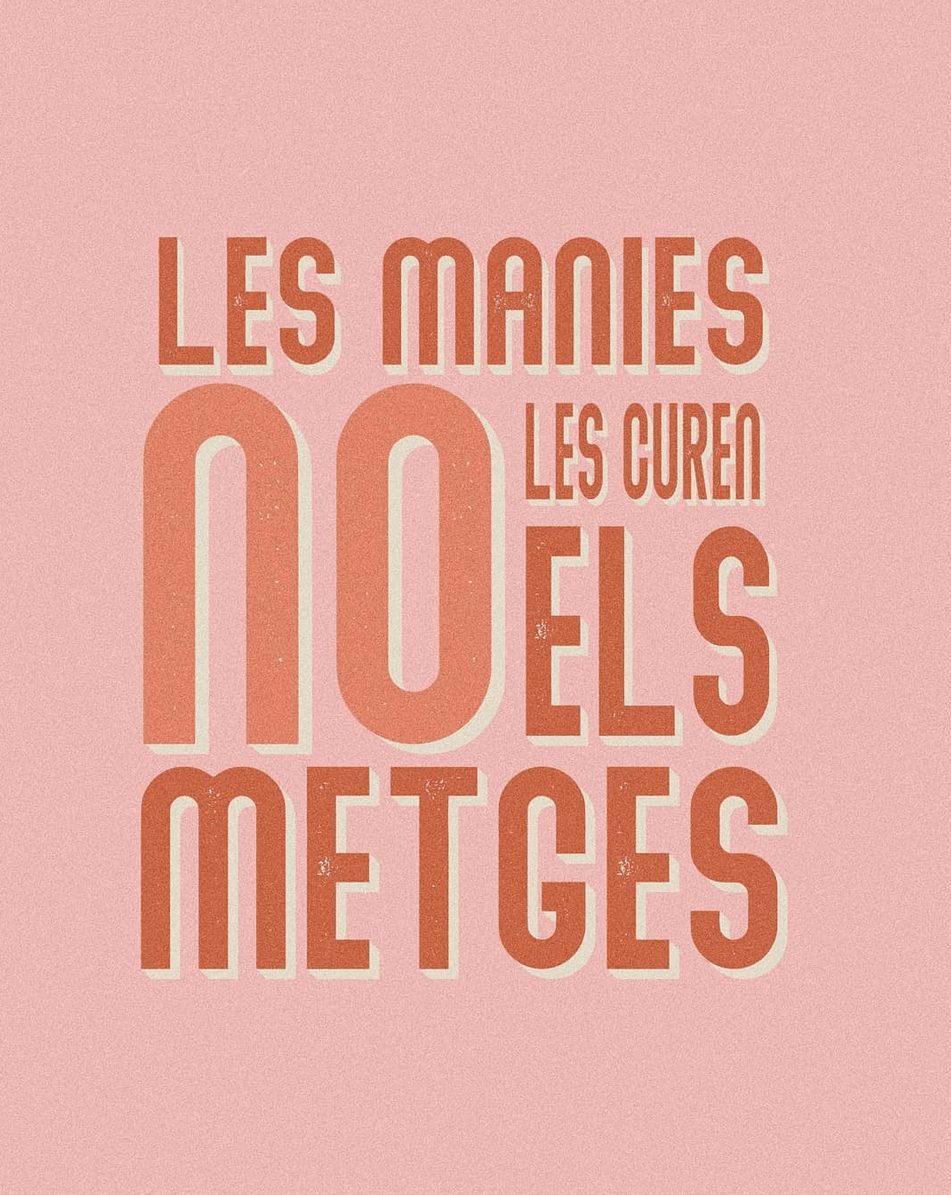 Botó de Cotó: What influence does Valencian popular culture have on your work?

Vir Parlmera: My work is an absolute tribute to what is my land, my people and therefore my family. I have compiled different aspects of Valencian popular culture and I have given them my identity by means of color and illustrated style. The color palette I use reminds of that characteristic light of Valencia. I also declare myself in love with modernism and Valencian ceramics. In my works I try to capture these elements of a traditional nature, giving them through the illustration and color of a more modern aesthetic, where the current public can connect for two reasons. The first because of the emotional character that that drawing can evoke or because of the aesthetic character that the work itself gives you.

Botó de Cotó: What work done in these years are you most proud of?

Vir Parlmera: There are two projects that represent me and of which I am very proud, for what they suppose.

The first was the project “Som Horta Sud” in which I had to put value on the Cultural Heritage of l’Horta Sud. In this project I had the opportunity to illustrate buildings in each of the municipalities, work that allowed me to meet people and know the history of each town and the building that I was going to illustrate.

And the other project is the book I made as Final Degree Project, where was the starting gun of my professional career. From this project I made my work visible and launched all my objectives described above, the linguistic and cultural heritage theme. 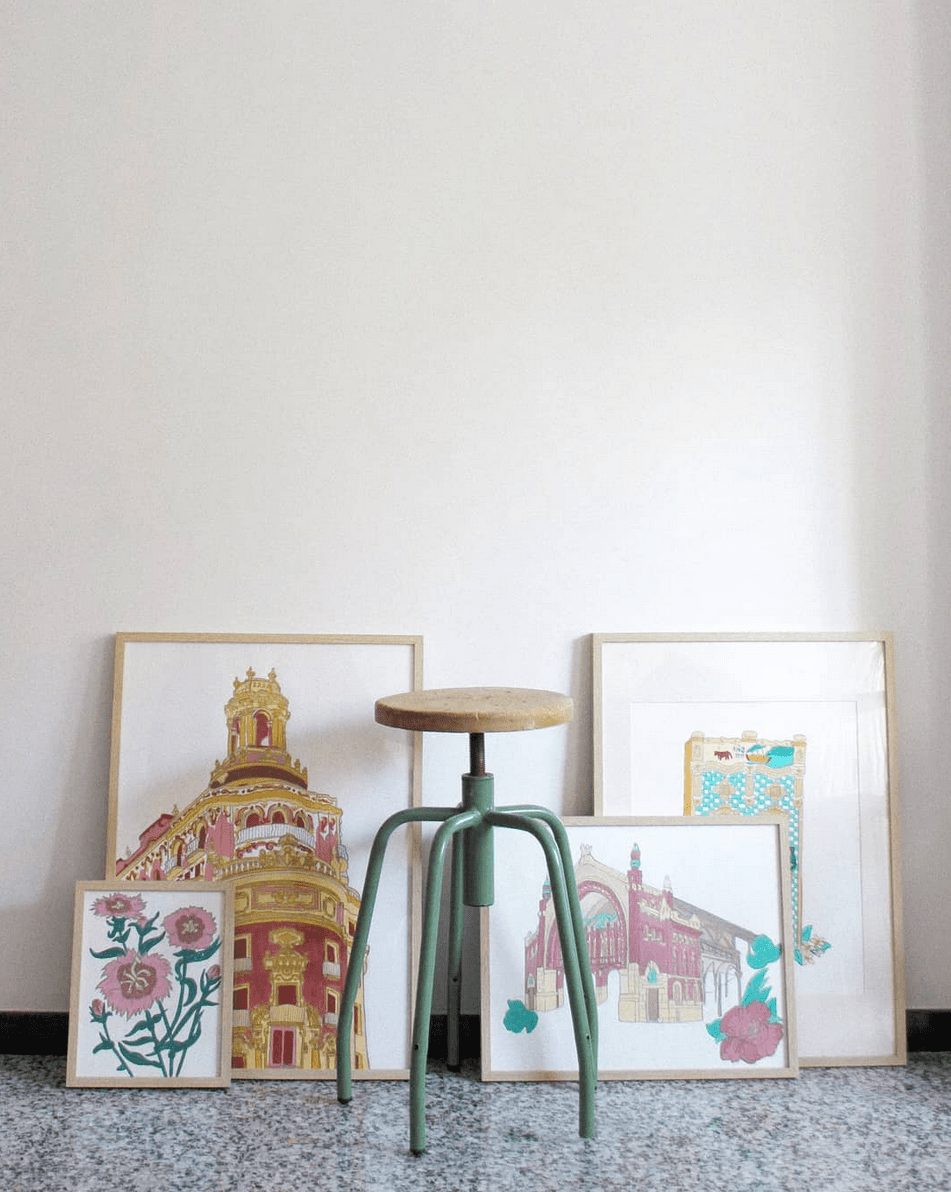 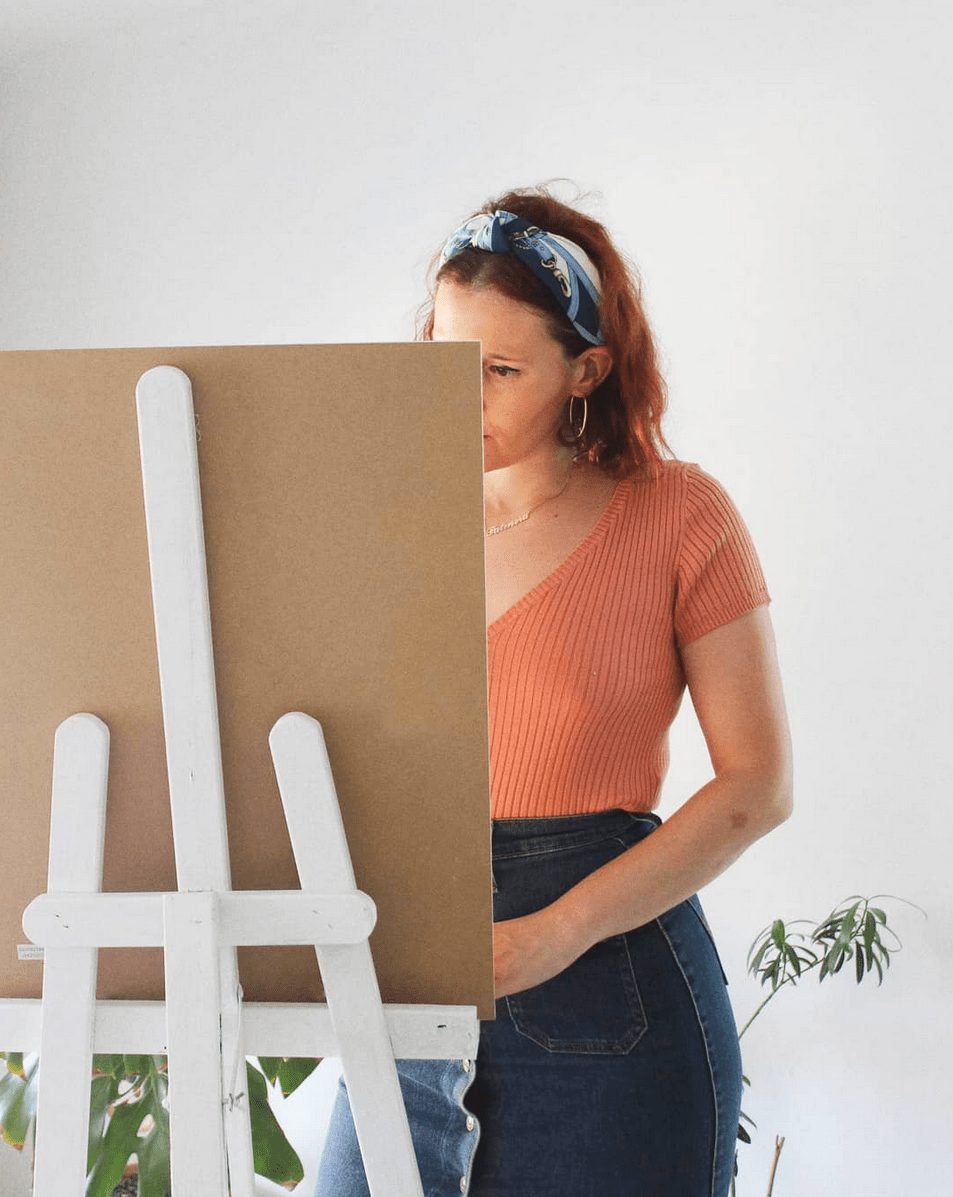 Botó de Cotó: Do you understand the differentiation between painting and illustration?

Vir Parlmera: This question has a bit of artistic philosophy, throughout the history of art, illustration has had inferiority connotations with respect to painting. Painters have always had a certain status while the job of the illustrator has been relegated to lower strata.

The illustrations are said to be temporary with a message within a context, while the works of art are timeless and not linked to a particular context. In addition, a pictorial work not only has a unique meaning, but the viewer gives the work its own criteria when interacting with it. 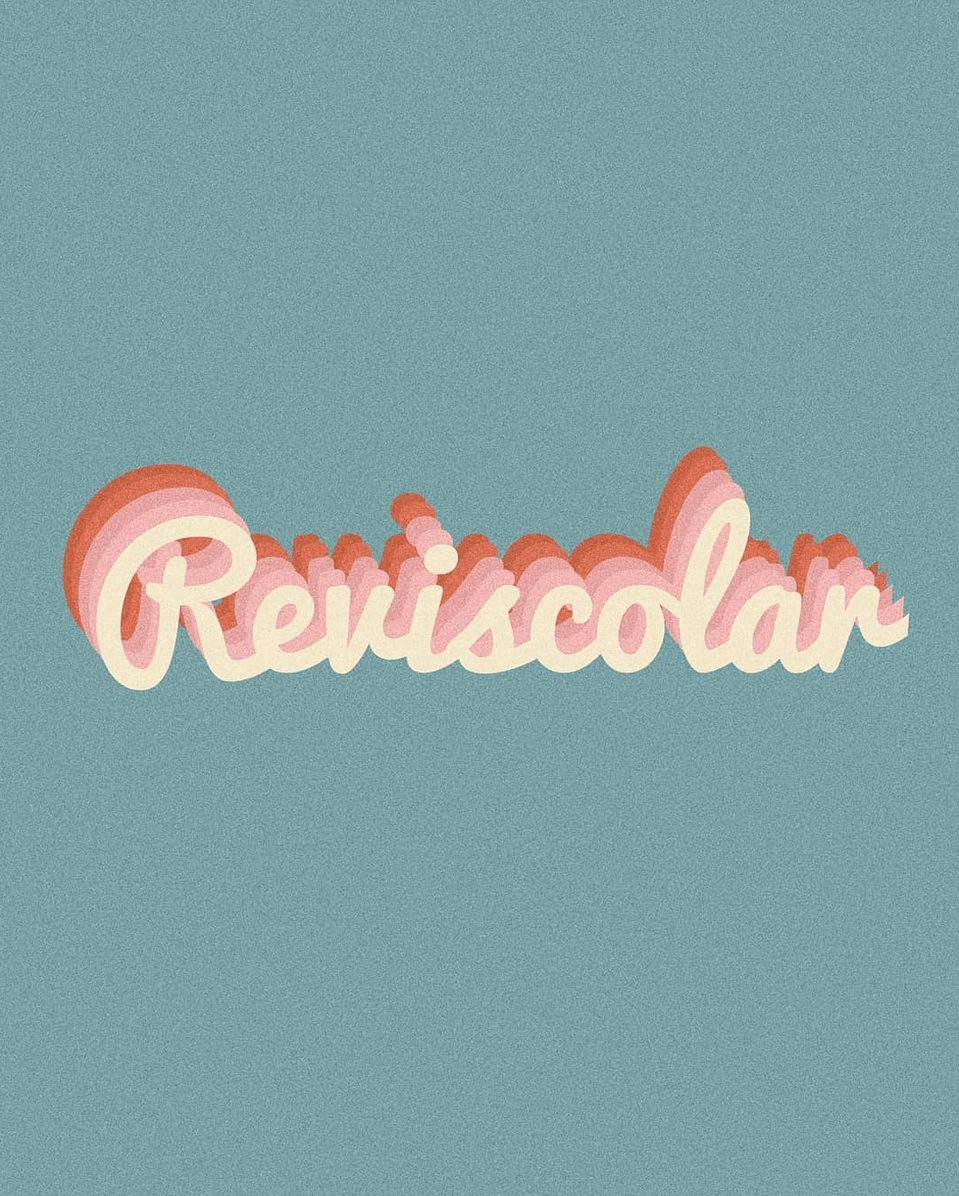 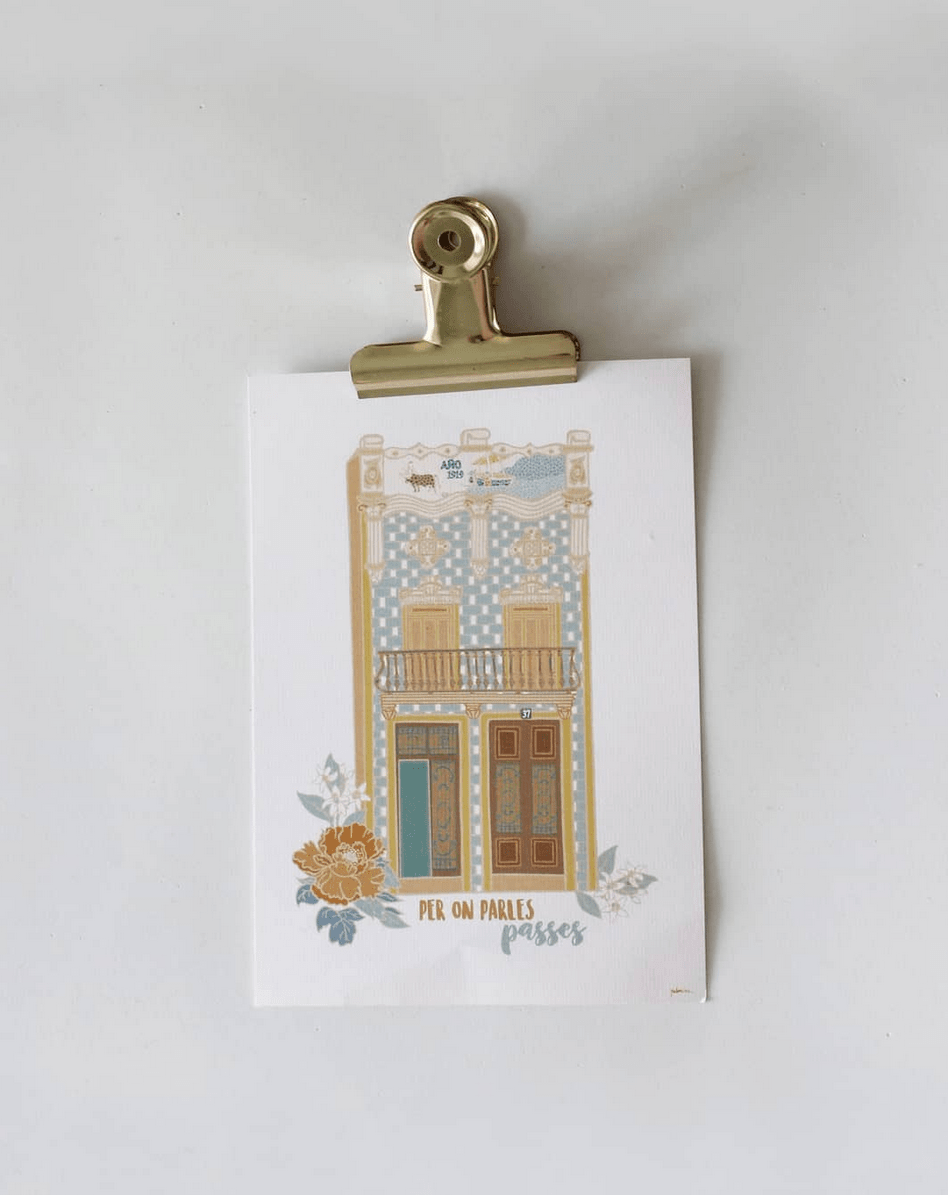 Vir Parlmera: On this issue there are certain aspects that are relevant to this question. In our current society, there are still people who believe that creativity is not necessary, and art is associated with suffering, or economic scarcity. But if you look, everything around us has creative strategies to sell as merchandising, or to attract our attention like advertising. If the public haggle creative work, we will never aspire to have the status that our profession has in other countries.

On a personal level, I consider myself lucky, since I live from my creativity. That said, I have to say that I have had clients that they haggle my work, it’s as if I went to the dentist and said “doctor, if you have removed the tooth in 5 minutes, how am I going to pay € 70 for it”; What sounds bad to us? The same example should be in the creative field, if a client does not want to pay your budget or wishes to have a discount, this should not be the client that we are interested in having on our agenda, since it does not value our training and creativity. 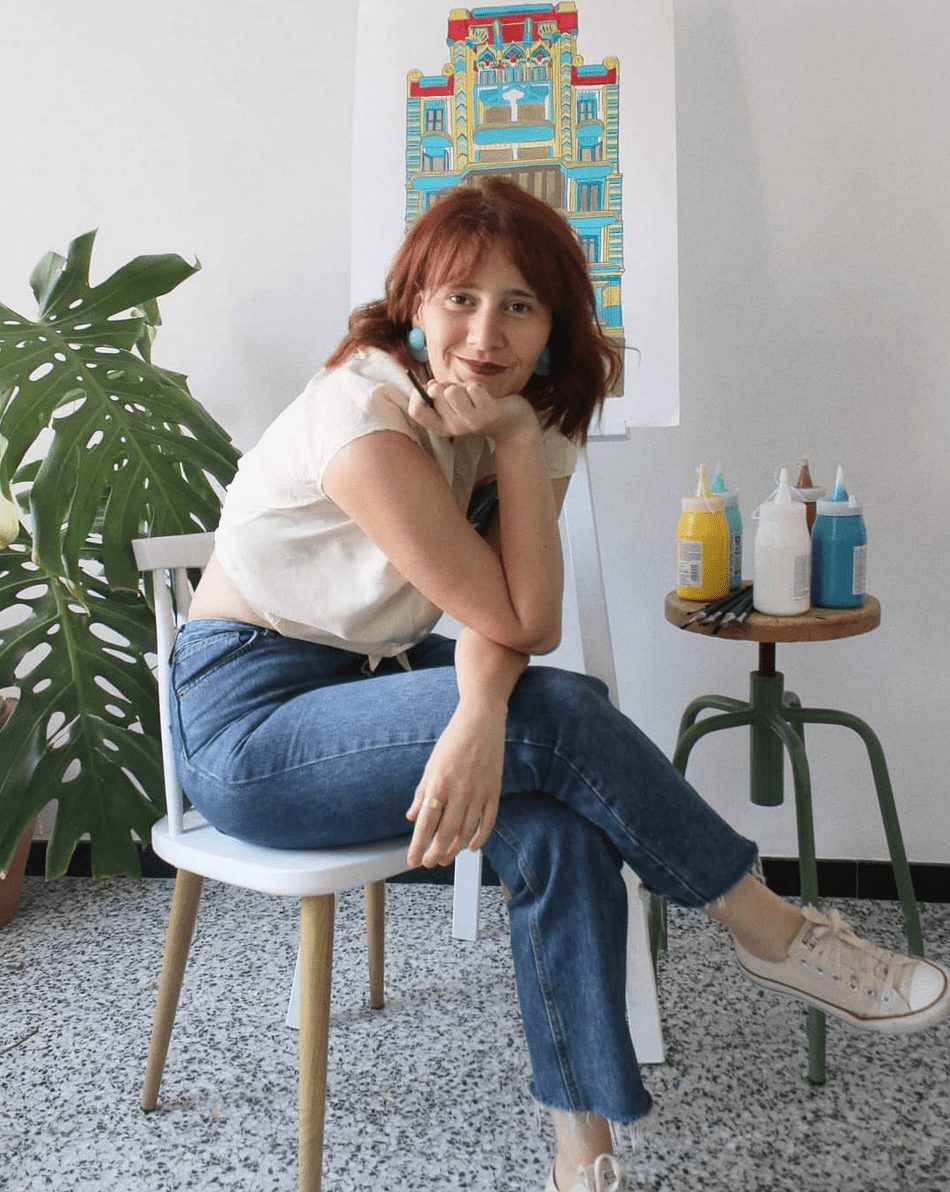 Botó de Cotó: How have social media influenced your work?

Vir Parlmera: For me, social media have meant a very large visibility platform. All my projects have come to Instagram. These tools are available to everyone, they are also part of the digital consumption routine of our society.

Being active in social media means having a greater chance of reaching a wider audience, who may be interested in your products, whether they are of an enlightened nature or merchandising.

Botó de Cotó: And finally: What would you prefer as a canvas, a white wall on the Moma or a reproduction in 1000 tote bags scattered around the world?

Vir Parlmera: This question is clearly a white paret in the Moma, I imagine this wall full of colors and references to Valencia. 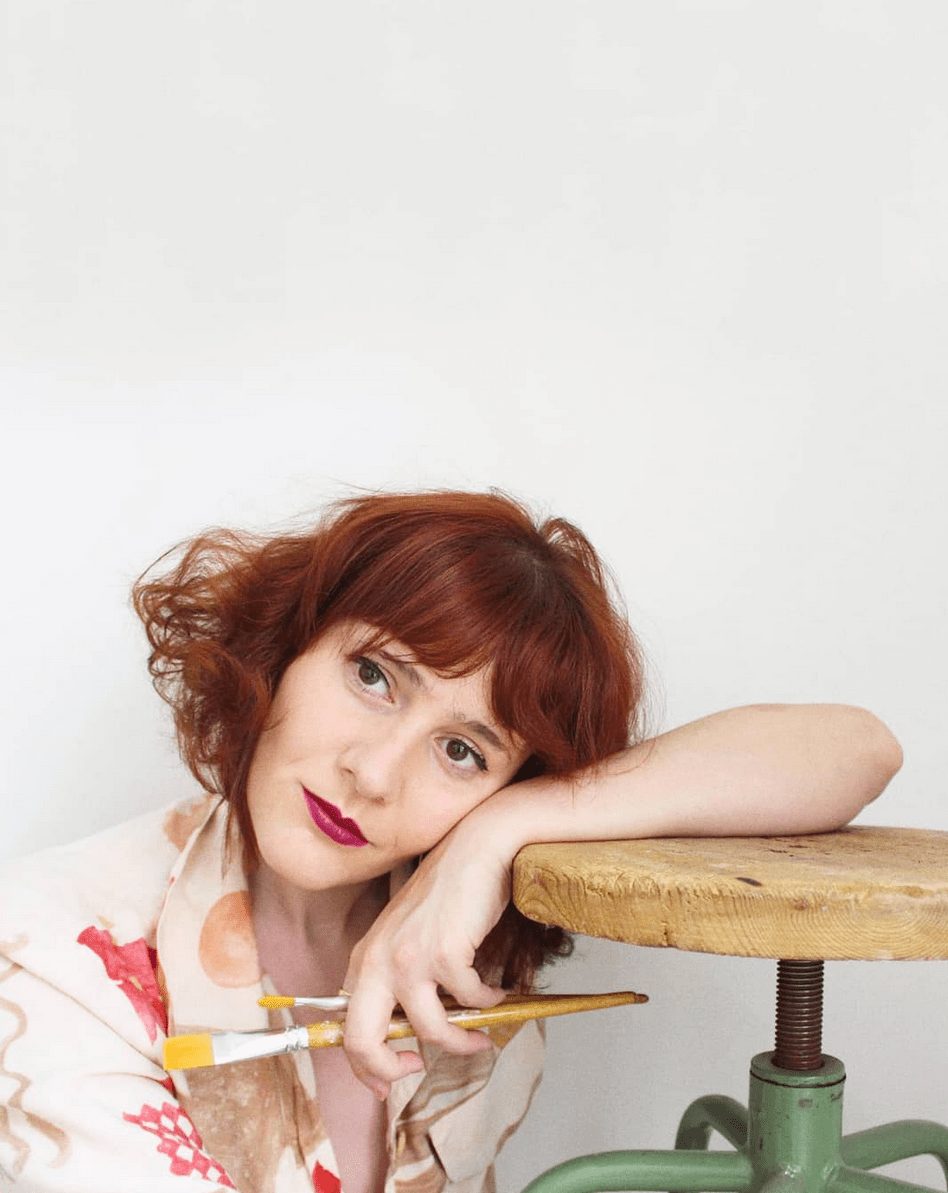